Who is Minnesota Wildflowers?

The heart and soul of Minnesota Wildflowers 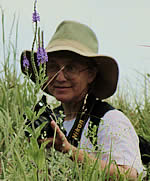 Katy Chayka is a self-proclaimed born-again nature lover who fell in love with wildflowers when a spot of color caught her eye as she walked a park near her home in New Brighton. Curiosity piqued as she started taking digital images of all the flowers in the park. She searched various sources to try and ID them. Disappointed with both the quality and quantity of information about MN plants, she set out to make a better resource for ordinary people like herself. MinnesotaWildflowers.info was thus born and launched in March, 2007. Wanting to know more about the world these plants live in, she enrolled in the MN Master Naturalist program and connected with other volunteers, as well as people in various environmental agencies and organizations. She is a self-taught botanist who learned a great deal about invasive species along the way and is on something of a mission to spread the word. 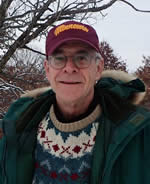 Peter Dziuk has been an avid gardener his entire life and has degrees in horticulture, biology and has secondary education certification. He worked for the MN Dept of Agriculture for more than 18 years as state program coordinator for gypsy moth, invasive species, shade tree program, Cooperative Agricultural Pest Survey (CAPS) as well as a few years as a nursery inspector. Peter started taking digital images of plants as part of his invasive species outreach activities when digital cameras were coming into use and quickly started his own private collection of native plants and common weeds. Peter’s experiences in dealing with non-native pest problems helped shape his passionate advocacy for native species. (It is noted that the agency never had a comprehensive weed program, and still doesn't. It wasn't for lack of trying, though—it was mostly for lack of funding, and pressures from commercial interests to make money selling weeds. But that is another story...)

Katy and Peter met in 2009 while on a field trip with the Minnesota Native Plant Society. By the end of that year Peter had donated his collection of 40,000 plant images to the web site and soon after the two began a 10-year partnership traveling the state and documenting Minnesota's wild plants. Sadly, Peter left the project in early 2020.

About our other volunteer contributors

Steve Eggers is a senior ecologist and certified professional wetland scientist with the St. Paul District of the U.S. Army Corps of Engineers. He works with the Corps regulatory program under Section 404 of the Clean Water Act and Section 10 of the Rivers and Harbors Act of 1899. Steve is a member of the National Advisory Team for Wetland Delineation and the National Technical Committee for Wetland Vegetation. He is co-author of Wetland Plants and Plant Communities of Minnesota and Wisconsin and contributed many of his photos to the project.

John Thayer has a degree in Plant Biology from the University of Minnesota and worked as a field botanist conducting rare plant surveys. He enjoys searching for and photographing plants and lichens. His enjoyment stems from an aesthetic appreciation of the other forms of life all around us. He hopes this accessible resource for identifying the plants of Minnesota will help foster such an appreciation in others. John is a tremendous help with map making, and locating and photographing species still needed for this project.

Special thanks goes to Jason Husveth of Critical Connections Ecological Services, Inc., for his support of this project, both financially and in providing plant specimens, including several rare species, and other assistance to get the sedges under way.

Thanks to Cindy Hoffmann, ecologist, for her past participation in this project getting ferns off the ground.

Last but certainly not least, unending thanks to Victoria Ranua, for her unending moral support and optimism.